Another Bay City: A Visit to St. Petersburg 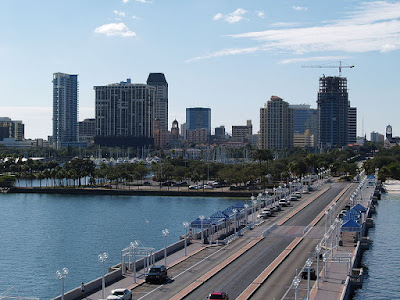 Followers and Readers, I apologize for my nearly nonexistant comments on blogs this week! I have been in St. Petersburg, Florida for work. As I've mentioned, I do have the opportunity to travel to some pretty cool places (IMHO). While I've heard some disparaging comments about St. Pete, I happen to love it.

If you're wondering about the name- it does have ties to St. Petersburg Russia (birthplace of Peter Demens, who built the railway)- as well as Detroit, Michigan (home of General John Williams, who envisioned the city as a resort town). Baseball became quite significant to the city in 1914, when the St. Louis Browns moved their Spring Training to the city. In the early 20s, St. Pete was recognized as a great vacation spot, allowing for the growth of the hotel industry. The crash in 1929 created tough economic times in 1930s. In the next decade, growth returned with the War and US Coast Guard Station. St. Petersburg became a retirement desination area beginning in the 1960s, and continues to be known as a retiree spot today.

I tend to stay on the bay side (as the hotel there fits within my travel budget). And, how can you NOT have a great day when it starts out with a run along the bay (or beach), with the sun shining, a breeze blowing, and beautiful boats to view? 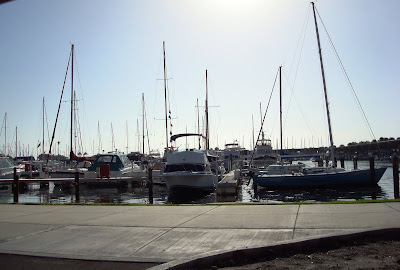 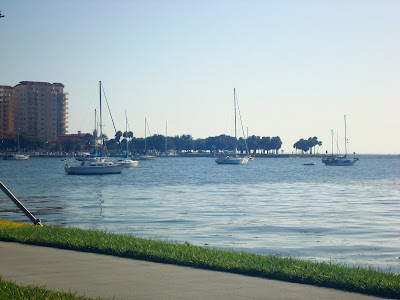 Within walking distance of my hotel is Central Avenue and restaurant row (I think that's what it's called). 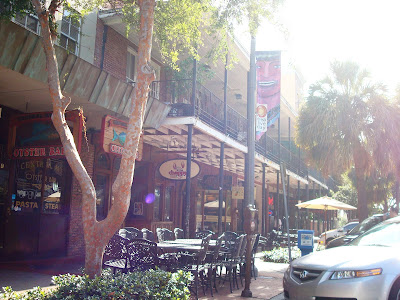 Apologies for my terrible picture quality- but note the second-level spaces. The architectural style varies a good bit and some spots are prettier than others- but this is exactly the type of small-town place in which I'd love to live. I can envision a great apartment with fabulous deck space and the convenience of popping in to various restaurants for dinner.

There are several other great spots along the water. Below is Frescos, but I think it may be closed?

It helps that there is a lot of greenspace surrounding the downtown area. 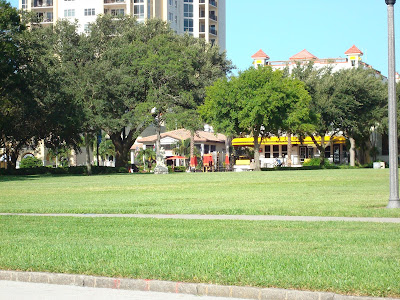 Spa beach (on the bay side) 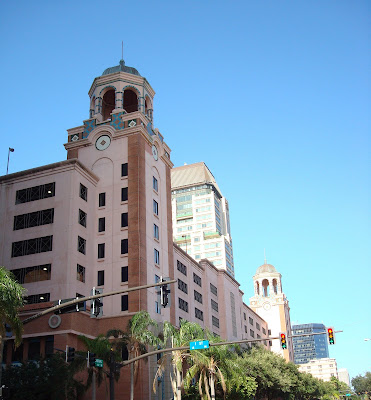 Speaking of art, St. Petersburg has fantastic architecture with a vast array of styles. To me, it also serves as a reminder that there IS history in Florida with several buildings included in the US National Registrar of Historical Places.

Check out this cool building- public restrooms near the marina! 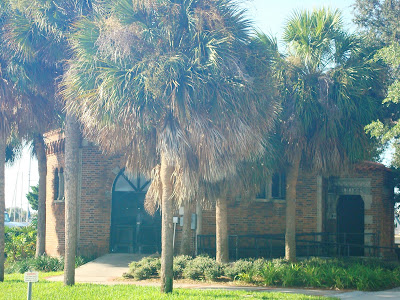 Of course, there is some "modern" architecture. I adore the mediterranean(?) influence here. 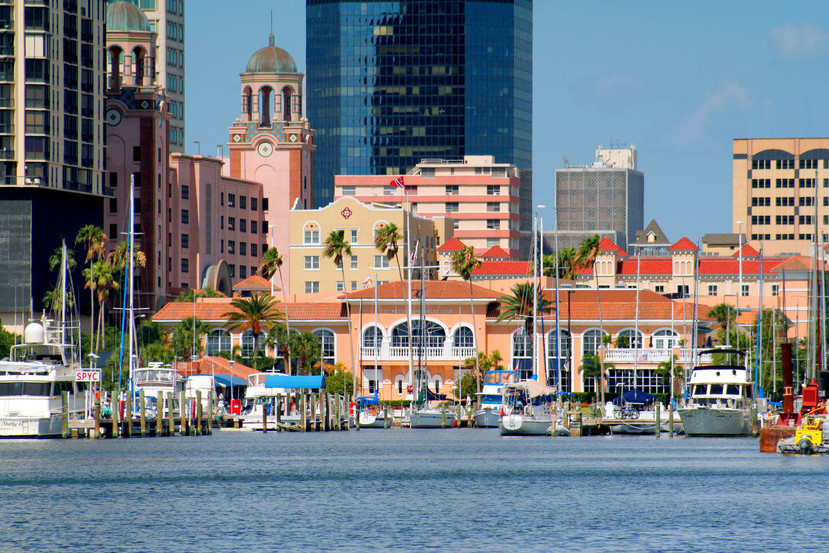 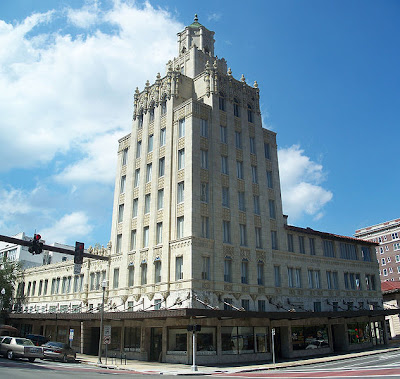 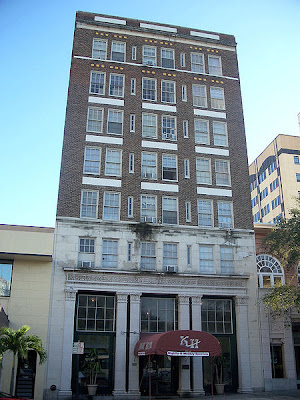 Art Deco (you might even think you're on the East Coast of Florida in South Beach.... ) Similarly, there are numerous housing archictural styles, ranging from Arts and Crafts, Georgian, to Spanish/Mediterranean.
I love all the bungalows ... Though these are pretty nice too... and for sale! And of course, we can't forget the stadium.

Women's Running Magazine is hosting its first St. Petersburg Women's Half Marathon and 5K this November- benefiting (at least in part) Team in Training and the Leukemia and Lymphoma Society. I've participated in the Nike Women's Marathon in San Francisco for several years and think I'd like to give this one a shot.