Living it up at South Beach

Just returned from Miami, Florida for the South Beach Food and Wine Festival. This is one of my favorite festivals of the year and I'm fortunate enough to be able to attend several of the great events. On Thursday, we went to Rachael Ray's Burger Bash. You can see Rachael (sort of) below as she she thanks the sponsors of the event. 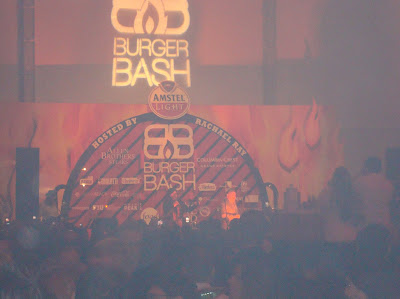 That haze you see is not from my poor photo skills- the tent gets really smoky. With the chilly weather in Miami this year though, I was thankful for any heat source I could find! 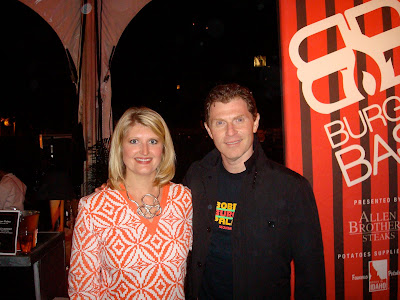 Here we are! It was a fantastic event- each of the 27 restaurants had their own kitchen/booth and served their take on the best "burger." The place was PACKED and it was difficult to navigate the tent- especially being part of a 10-person group. 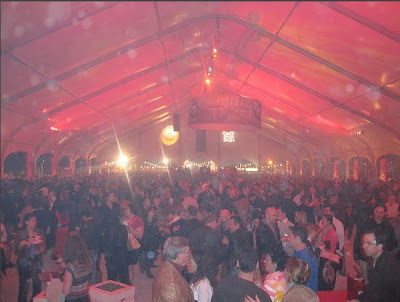 via YumSugar
Chefs in attendance (and cooking) included Spike Mendelsohn, Morimoto, Michael Symon, and Rocco DiSpirito. I think my favorite was David Burke's Primehouse- a 40 Day Dry Aged Burger - With Cheddar, Cripsy Shrimp, Pickle Chipotle Mayo, Maple Pepper Bacon and Pickled Watermelon Skewer... but I LOVED Spike's cotton candy milkshake. Blackberry Farm attended this year (with a fabulous Bacon-Beef Burger with Chow Chow, Pimento Cheese, Ramp Mayonnaise and Pickled Okra on Potato Onion Bread and a side of baked peanuts). Admittedly, I voted for their burger as I just got so excited for the Southern representation. Get more details here at Burger Beast (they must have avoided the Amstel Light and the Columbia Crest reserve wines and brought a notebook or something... their notes are impressive!) or at Mango and Lime.

We ended the evening here...

Rose Bar at the Delano via CoolJunkie
Friday was lunch at Emeril's place at the Lowe's Hotel. Isn't this view fantastic? 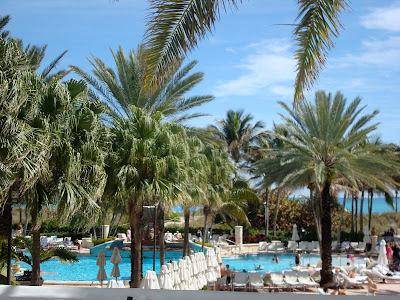 The service here has always been fabulous, and this year was no exception. The gumbo was awesome and perfect for restoring some semblance of normalcy to my poor body after the evening prior. No sighting of Emeril... until later in the day!

We attended the for-the-trade tasting that afternoon. The line for our glass and gift bag- which you must get before entering the tent- was crazy long (you can see the tent in the distance)... 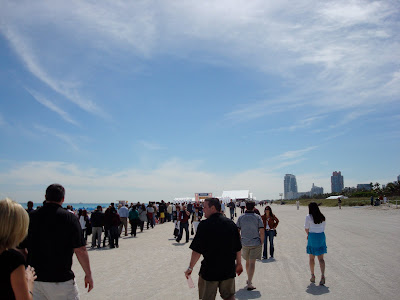 but with views like this, it is hard to complain! 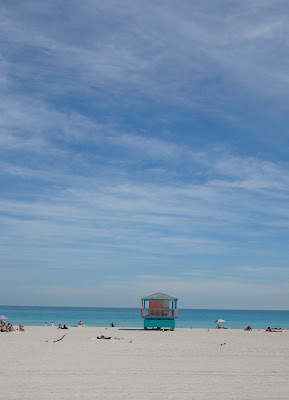 The line wrapped around to the street, so we took in the scenes from Ocean Drive... 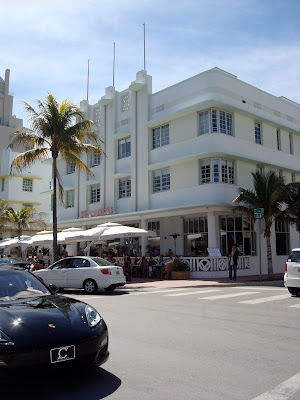 The intent of the Trade Tasting is that folks in the industry get a chance to try some of the Reserve wines and spirits available in the market. Over time, this event has turned into a free-for-all with people getting smashed. While this may look like a grown-up drinkfest, it was great to speak with some of the winemakers and other experts about the different types of wine they produce. And see a few "familiar" faces... 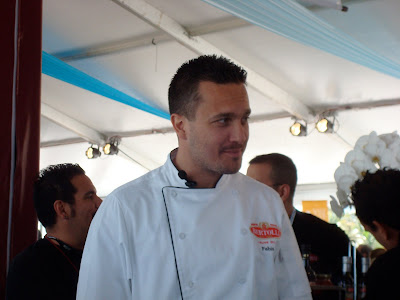 That evening was the BubbleQ, this year sponsored by Perrier Jouet and hosted by Emeril Lagasse. 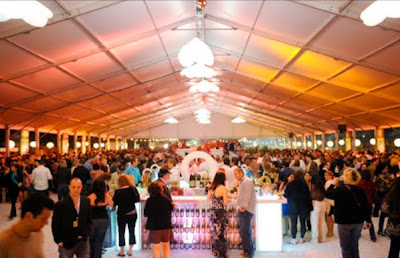 photo via SOBE Food and Wine

Same tent as the Rachael Ray event- only this time, it's Champagne and BBQ. I was smarter this night and broke away from the group with two other guys to try to make it through as much of the tent as possible. Tim Love, from Lonesome Dove Western Bistro in Ft Worth had my favorite dish- lamb belly BLT. 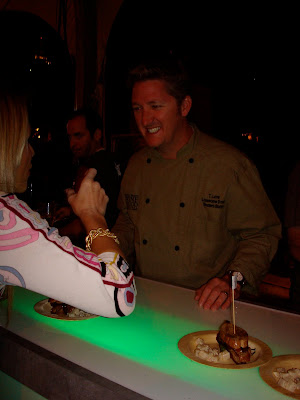 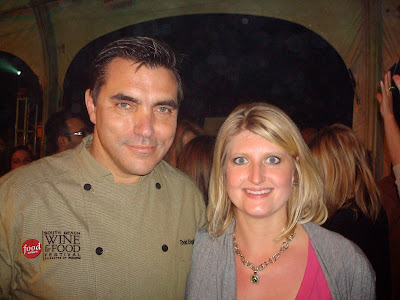 but Emeril was a little harder to nab. But how cool to see him working! 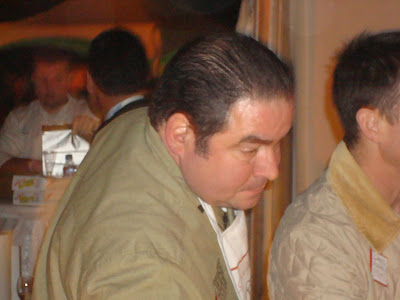 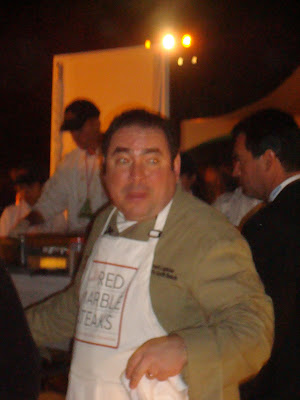 Again, the evening was dominated by the who's who of FoodTV, but great to see some other familiar faces like Al Roker! Some of the Bravo Real Housewives of NYC were in town apparently- saw photos of Bethenny at the BubbleQ event, while Kelly attended the Best of the Best. 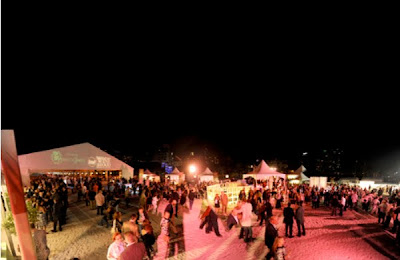 photo via SOBE Food and Wine

Despite the $$ tickets (even more than the Burger Bash) the tent was packed with people overflowing outside both ends of the tent.
My hosts also got us VIP tickets to the Svedka event that evening so we went out like dancing queens... 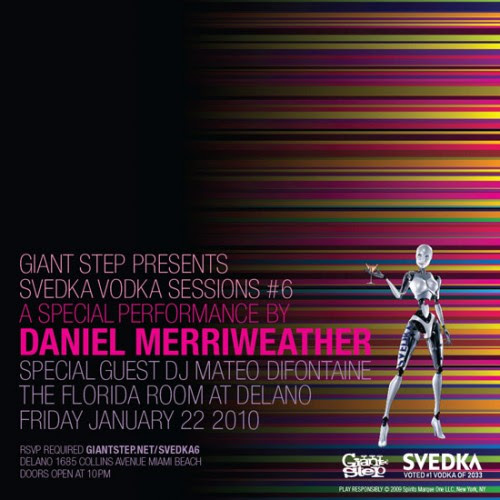 We had a fantastic wine educational seminar Saturday morning hosted by Wine Spectator at the Gansevoort South (yes, we began with sampling Pommery at 10 o'clock in the morning). Of all the events, this one is the most serious educational one and for any wine lover, just an unbelievable experience. (Sidenote, you MUST spit to get through the event with your senses in tact).

While I had an incredible time, by Saturday afternoon, I was missing Mr. Southern terribly and couldn't wait until Sunday evening to head home. After a tearful phone call, I booked a last-minute flight back to Atlanta and enjoyed Saturday evening on the couch with the fam. So much for being a rock star... that spot is where I'd much rather be!
Posted by Southern Aspirations at 7:13 AM