Bringing Nature to Your Walls- Grasscloth

Whooh! It's been a long crazy week. Sorry for the lack of posts and comments! Catch up this weekend.
As we all know, wallpaper is back, in a big way. OK, it's been back for a few years but I take a while to catch on. And this was after we totally stripped the wallpaper from our master bath. I am now contemplating papering our foyer (after swearing on the several occasions I've removed wallpaper that I would NEVER, NEVER install wallpaper). But take one look at Thom Filicia's Designer Showhouse in House Beautiful and you might convinced as well.
Here's the background. Though our builder is known as one of the better builders in the Southeast, (OK, subdivision-type builders) we have "lines" where sheetrock pieces are joined, as well as other imperfections. Unfortunately, a satin paint I selected served to only make all imperfections more obvious. For years I've been trying to decide what to do- and think a Grass Cloth wallpaper could be the solution. 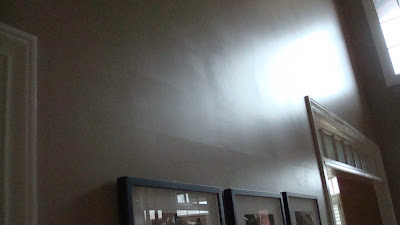 Uneven wall appearance
This is not grasscloth's first bout of popularity- which may explain my nervousness. Grasscloth was big in the 1960s and 1970s. And therein lies the worry. Will this be the avocado green appliances I am dying to get rid of in a few years? I'm hoping no- it appears the Chinese also made grasscloth- and used it as a fabric; I also read it was introduced in France in the 18th Century. So perhaps there is some longevity potential?
Phillip Jeffries seems to be the go-to source for many designers...
I adore Elizabeth Dinkel's work here: 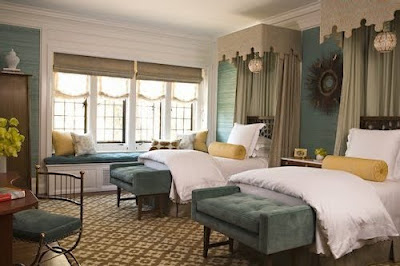 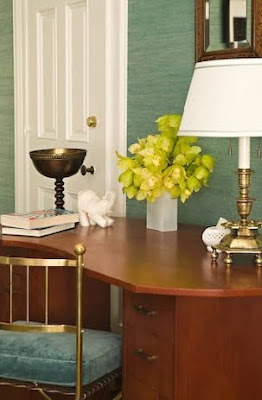 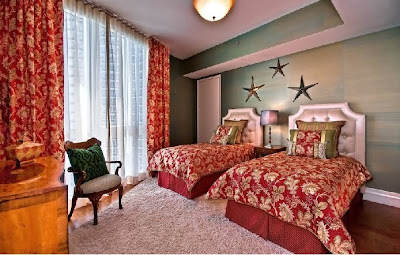 Trump Towers by The Tamarind Group
You don't necessarily get the texture in this image, but I love the room! 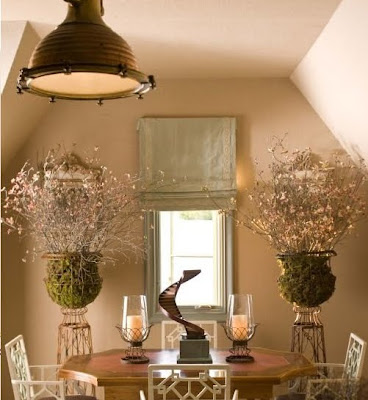 Stately Homes by the Sea 2009, Designer Joe Lucas
The texture is a bit more obvious in Patrick Lonn Design's bathroom. Isn't it rich-looking? 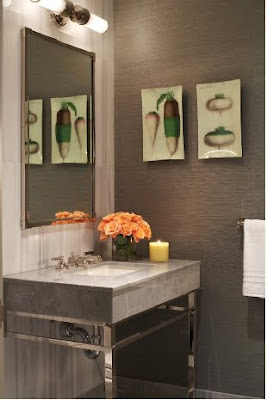 Rushmore Residence
I adore pretty much everything about this room. 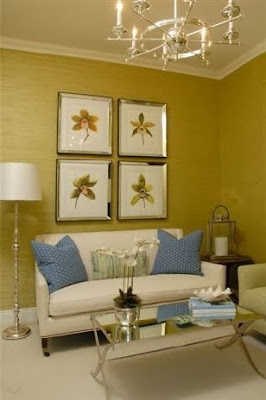 Long Island 2009 Designer's Showcase, by Jackie Higgins
And this one. 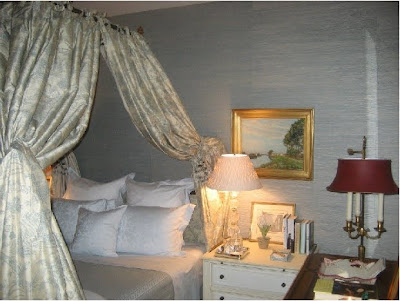 Hearst Designer Showcase 2008 by Charlotte Moss
Love the palm-feeling that this room invokes. 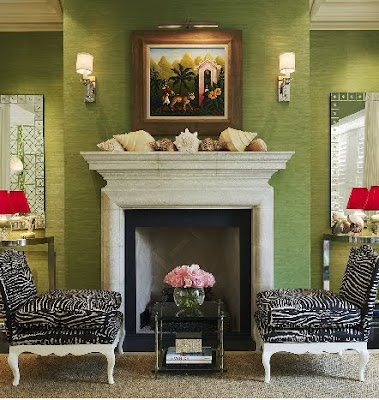 Chad Hoeft
This room has a similar feel- only more serene. 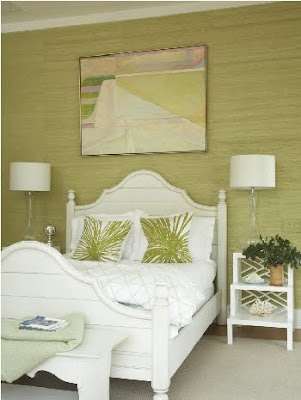 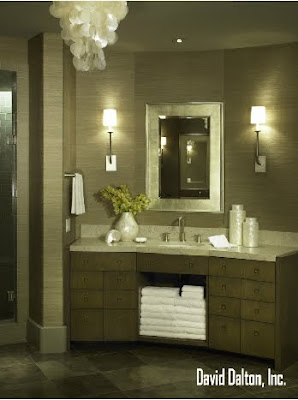 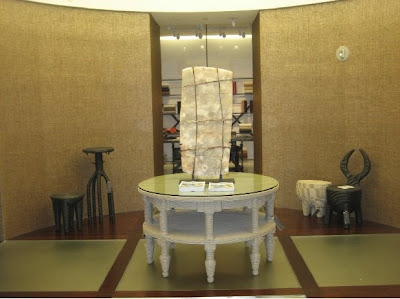 Holly Hunt Showroom
Metallic could be fun too... 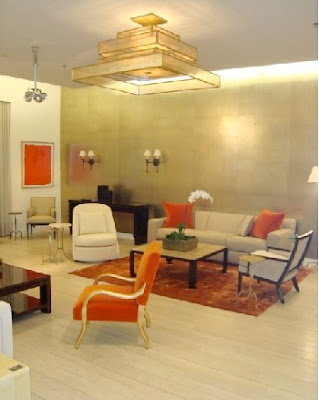 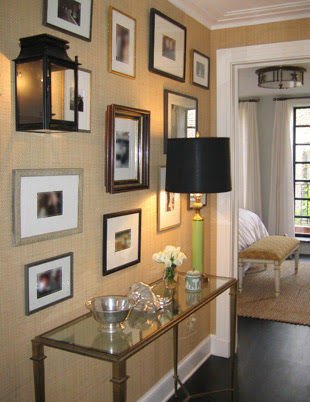 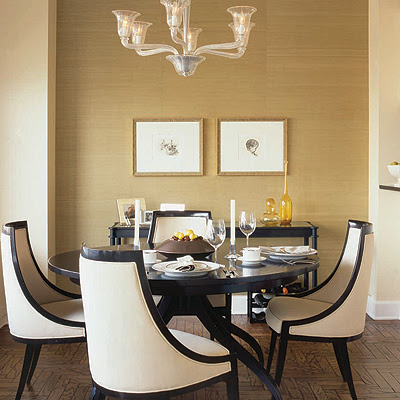 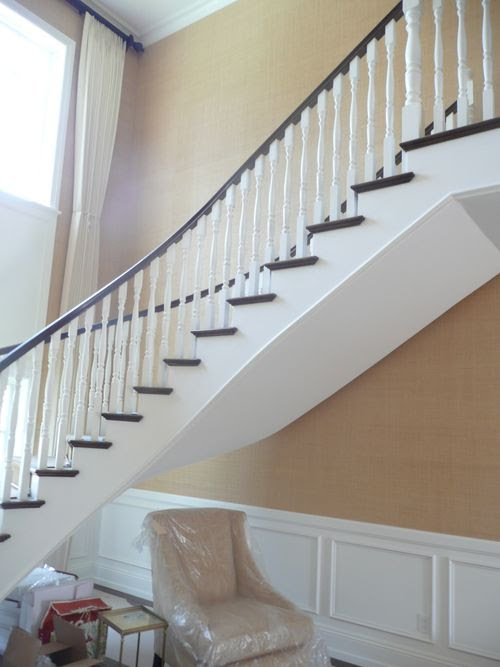 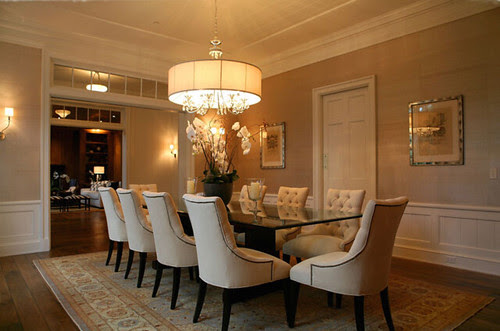 more Brooke Giannetti via Chameleon Interiors
Any advice?
have a great weekend!!
--Emmie
Posted by Southern Aspirations at 8:15 AM