Tired of Treillage? Say It Isn't So! 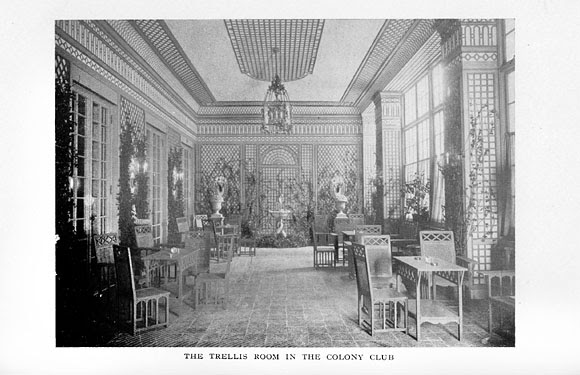 While it is seems to have been all the rage of late, trelliage has been used for centuries, including early Europe (Italy and France), as well as the Far East (China and Japan). The earliest example I found of trelliage in the United States was via Elsie de Wolfe's book, The House in Good Taste, 1913. She planned the Trellis Room (above) and included this photo in her chapter devoted to Trelliage. Some of my favorite text, "you can wave it and create all sorts of ephemeral constructions that will last your time and pleasure. You may give your trellis any poetic shape your vision may take." 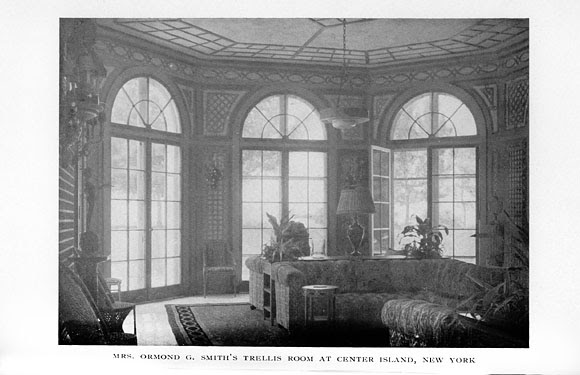 The use of trelliage has certainly expanded from the actual architectural elements or structures in a room to a style of design.

While there likely have been hundreds of posts on trelliage, I'm hoping you don't mind one more. I have fallen hard for trelliage as for me, it's like bringing part of the garden indoors.

I am sure most of you have seen Chloe Sevigny's hallway with the now infamous Kelly Wearstler Imperial Trellis. But have you seen this room, designed by Lynne Scalo? 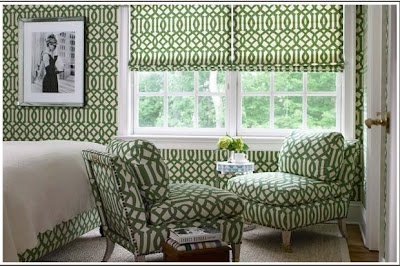 Perhaps that is a bit too much trellis for you.

What about the trellis just gracing the walls, as in this home, spotted on a home tour from a Blogger. Note: I cannot for the life of me find the source of this picture, so if you know, please tell me so I may give appropriate credit! 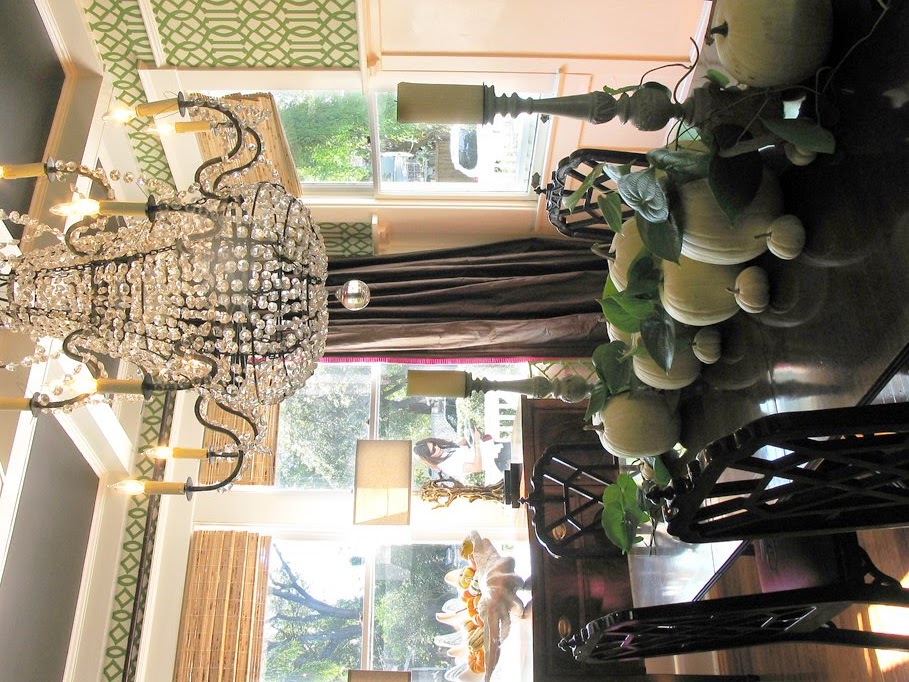 Numerous other examples abound in curtains, such as these found via DecorPad (and the late Design Smack)... 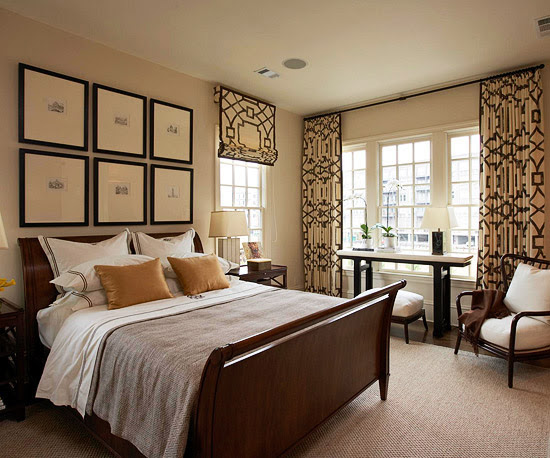 to Slipper Chairs, from Tonic Home.

Don't overlook other trelliage-inspired items either like this console table, also from Tonic Home,

or this treillage mirror, available from Layla Grace or The Well Appointed House, 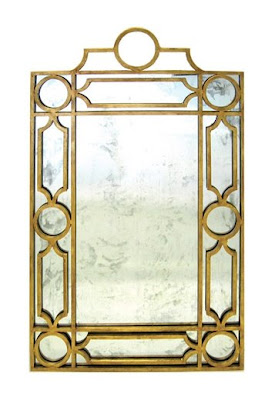 or take the indoors back out with Frontgate's trellis patio furniture.

So if you, like me, are still enamored with trelliage, take heart that it is not just a recent design fad. And, if it is the fabric you must have, just keep in mind that there are many options from which to choose!