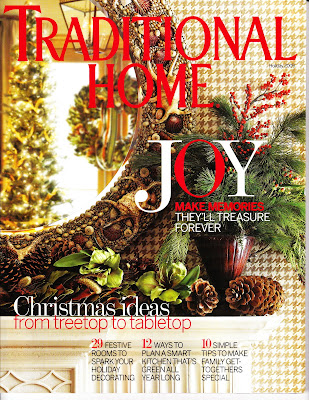 While many may be mad for plaid this season, I'm hot for houndstooth. (Yes, I know that sounds incredibly cheesy).
But seriously, when I saw this month's Traditional Home cover, I realized how much I love this pattern. (And, I used my scanner for the first time ever for the cover. And it worked. YAY!) 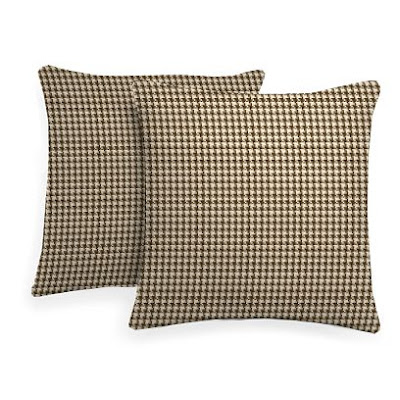 Williams Sonoma Home (WSHome offers many Houndstooth products)
Houndstooth originated in Scotland, though at an undetermined time, and related (purportedly) to Glen Plaid. The pattern was originally fashioned out of woven wool cloth and in black and white. It is identified as a 2:2 twill, or two over and two under the warp, with one thread advancing each pass (courtesy of Wikipedia and other "research" sites). 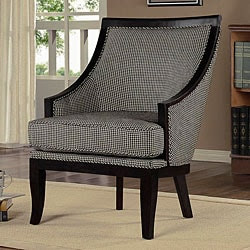 Prescott Chair, Overstock.com
It's regained popularity in clothing through several spurts in the last century- the 1930s, 1960s to 1970s (Geoffrey Beene and Anne Klein), 1980s (Chanel, later Calvin Klein, among many others), and then in spurts throughout the 2000s.

I love the more subtle versions and the shake-up from the traditional black-and-white print, which still looks slightly 80s to me if too big and "loopy."

Southern Living
Pillows are an easy way to incorporate houndstooth...

Peacock Alley Houndstooth Bedding
And rugs are an option for making a statement. Flor's pattern is extremely subtle.

Flor, all bark and no bite
Here are a few more bolder options- first in black and white... 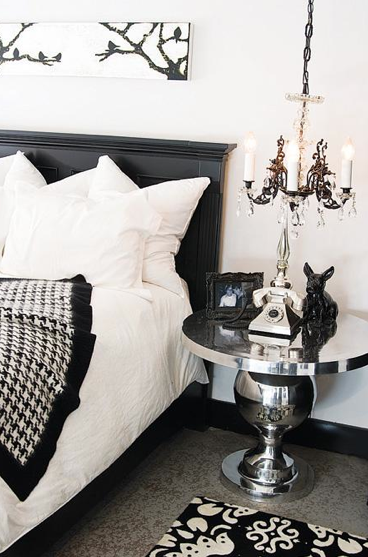 and here in a bright, cheery yellow. 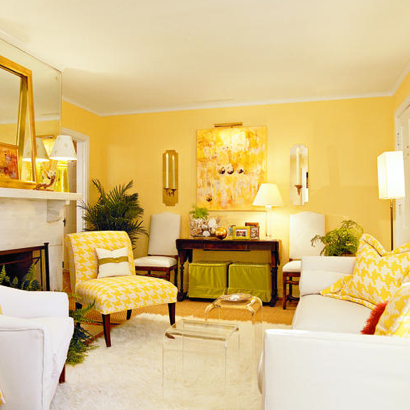 both images via Sanctuary Home
Going back through images I've seen before, I was almost surprised that I didn't notice the houndstooth initially.
Like in designer Philip Gorrivan's work... 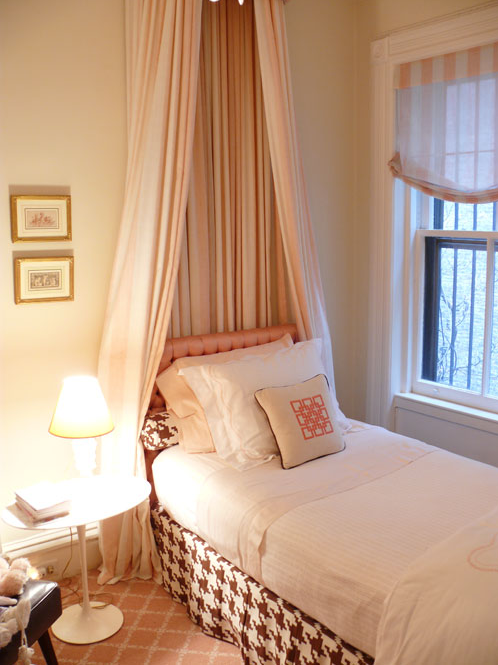 and this room, which has been featured all over blogs... did you see the houndstooth on the pillows here? 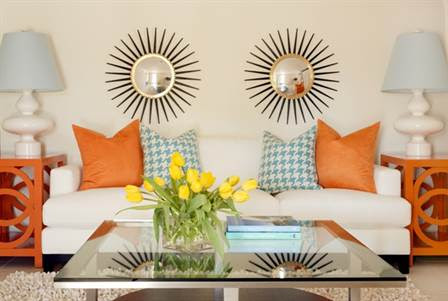 via Material Girls (At Home in Arkansas)
If you're not ready for big houndstooth commitment, may I suggest these fun little treats from some great etsy sellers!
Supercute hankie (coasters also available) 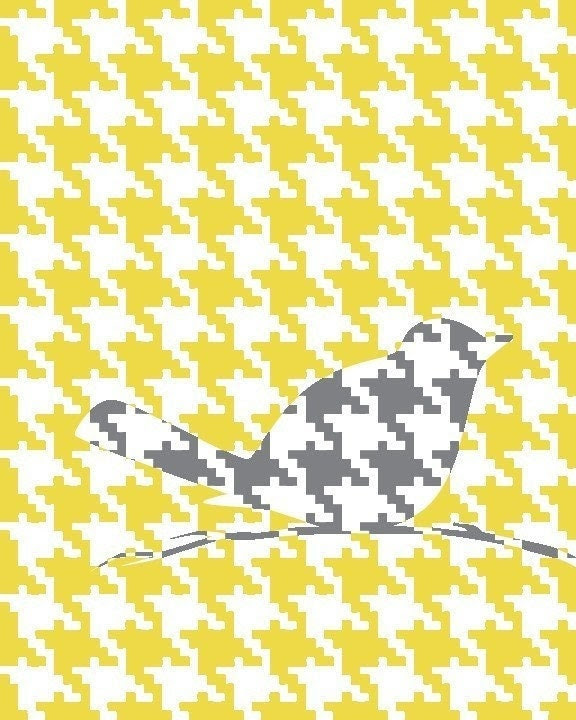 Hooray for Houndstooth Art, Lucky Bluebird
or a tea towel! 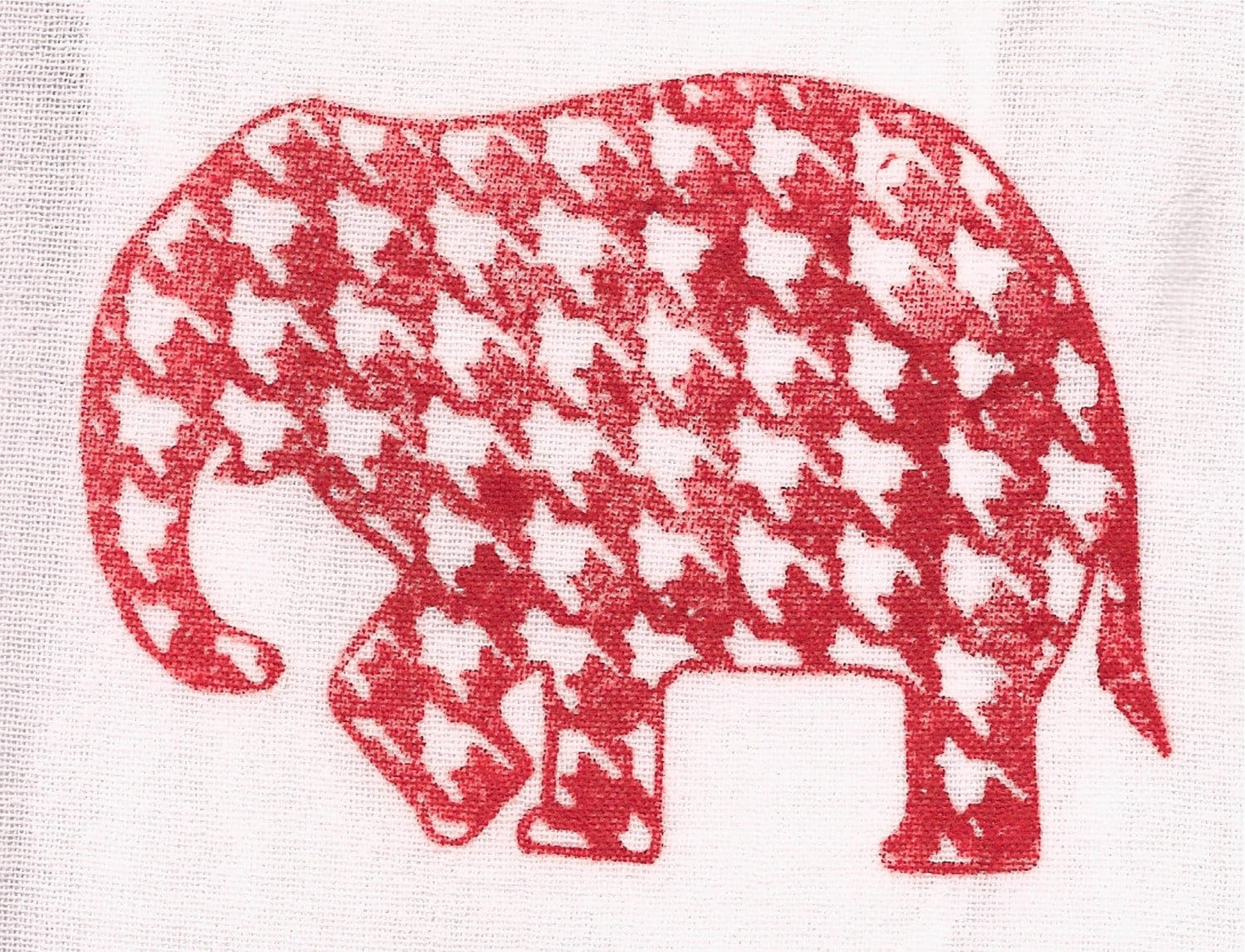 Alabama Houndstooth Floursack, Blue Eye Creations
The last one you KNOW I love, given the elephant. While it seems like the dream world of Emmie (elephants + houndstooth) it actually is a reference to The Univeristy of Alabama. The story is that the Coach Bryant often wore a houndstooth hat (sometimes, apparently, it was plaid).