Through almost a comedy of errors, I ended up dining at 3030 Ocean at the Harbor Beach Marriott featuring Chef Dean James Max. Gordon Ramsey fans may recognize the name 3030 Ocean- Paula DaSilva, current Chef de Cuisine- was one of the two finalists in Hell's Kitchen Season 5. 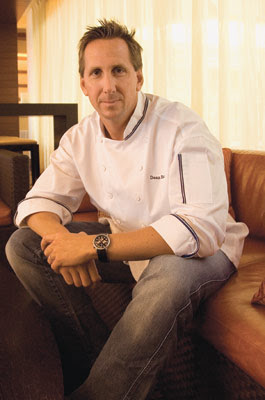 Chef Dean grew up on the Eastern shore of Virginia and South Florida. After earning a degree in Marketing and minoring in Hotel and Restaurant Management at Florida State, Dean studied in Italy. His career continued with positions at notable restaurants up and down the East Coast. Chef is now the Owner/executive chef of several restaurants, including Latitude41 in Columbus, Ohio, and Watertable in Baltimore, Maryland. Notably, he has been included as a semifinalist in both James Beard's 2008 and 2009 Best Chef: South nominations.

He has also written a book about seafood, inspired- I'm assuming- by his lifetime by the water. Of course, I will be purchasing this book now. My dear mother in law, if you are reading this, please forget this post immediately, as I think it could be a lovely coffee table book for you. 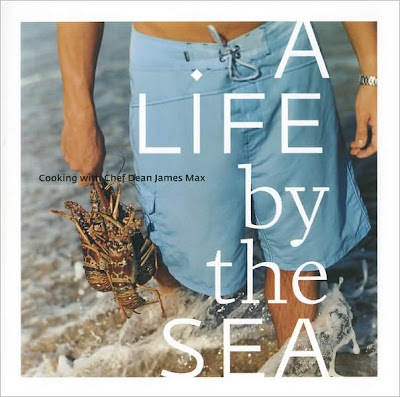 I had the opportunity to met Chef at the end of the evening and talk about the Chesapeake Bay, seafood, restaurants, and one of my favorite subjects, the Atlanta Food Scene. It was fabulous. I shared a very edited review of his friend Chef Mennie's new place, Livingston (reviewed earlier this week), Shaun's (on my list!), and discussed Kevin Rathbun- another Atlantan chef for whom I have a ton of respect (met him 2 years ago at the South Beach Food and Wine show. Both he and his brother were fabulous.) Chef mentioned he'd be in Atlanta sometime in August to teach a cooking class. I would LOVE to meet up with him then- how phenomenal to do a restaurant tour in Atlanta with a well-respected chef!? So I gave him my business card. We shall see....

Yes, I am a total Celebrity Chef Groupie.

Posted by Southern Aspirations at 10:59 PM