Around Town Atlanta with some Steals and Deals

Last night, my dinner club checked out Varasanos for dinner. (Yay! I'm finally making friends in Atlanta! Pathetic, I know, but that's thanks to a travel-laden work schedule for years.) Anyway, Varasanos created a buzz in Atlanta about making the perfect pizza - in the old school, New York, possibly Italy, brick-oven style. The guy is pizza-obsessed. If you are in the slightest bit interested in the perfect pie, you must check out his website. I've not, as I admitted to him last night, yet attempted the pizza, but it's on my list. Jeff has received some criticism for his "reviews" (dare I say bashing?) of other Atlanta pizza joints in town. I think the city is big enough for many different pizza joints and even different styles.
This was the second time I visited Varasanos for dinner and I must admit, it wasn't quite as good as the first. But, we did get a chance to speak with Jeff and watch him solve the Rubix Cube in 30 seconds. He, being the Guinness Book World Record holder, was disappointed with his time, but hey... he's been busy. 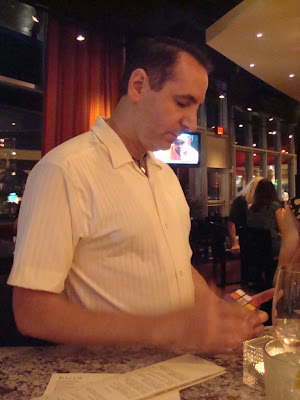 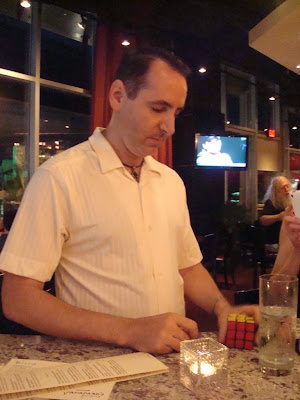 Tonight Mr. Southern and I head out to Repast opened by husband and wife chef team Joe Truex and Mihoko Obunai-Truex. It's in one of my new favorite 'hoods, Old Fourth Ward.

The steal for this dinner? I got a $25 gift certificate for $3 from Restaurant.com. Honestly, I thought Restaurant.com just featured chains, like Red Lobster, and was pleasantly surprised (ok shocked) to see a restaurant with such good reviews and a seemingly inventive menu featured there. We'll see how it goes.

My deal of the week is from Groupon, a fascinating concept mixing coupons, bidding, and social media (and a little bit of groupthink). Groupon harnesses "collective buying bower" to encourage businesses to offer great deals. It works like this- some activity (spa day, teeth whitening, rock climbing lessons, etc) is offered. You sign up/buy for the coupon. You only get the coupon if the required number of participants also sign up for the coupon.  If you're interested, Groupon is available in Atlanta, Chicago, Boston, San Francisco, DC, and New York.

Earlier this week, I successfully won(?) tennis lessons "Learn to Play in No Time" for half the regular price. My long-term plan is to participate in our neighborhood tennis matches without completely embarassing myself or Mr. Southern (who used to teach tennis). I wonder if their claim that one can learn in no time applies to those less-coordinated individuals like myself. Running I can do. It's that whole hitting the ball over the net without knocking some poor unsuspecting individual unconscious.

On the other hand, perhaps this could be in my future? 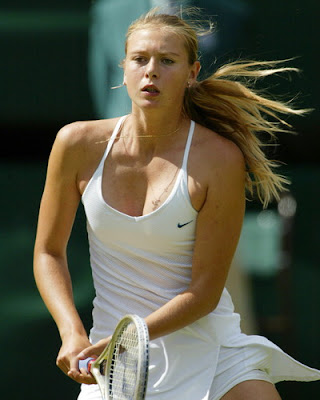 Thank you for not laughing too loudly.

--Emmie
Posted by Southern Aspirations at 11:55 AM