Own a Bit of History- Philip Trammel Shutze Homes, Part I

Most design-savvy Atlantans know all about the architectural treasures of our city (I am still learning). Buildings designed by Philip Trammel Shutze are arguably among some of the most well-recognized and revered in our town. Originally from Columbus, Georgia, Shutze studied at Georgia Tech, Columbia University, and was awarded the Rome Prize in 1915. After spending time in Rome and New York City, his Atlanta career began at the firm Hentz, Reid, and Adler. While well-known for his European-influenced style, such as the infamous Edward H. Inman home (1928), aka the Swan House, Shutze also utilized American colonial, Georgian, and Federal architecture. Please note that I am well out of my league here- the Architectural Tourist would be giving you a much better lesson. But, having stumbled upon several of Shutze's homes for sale, I now have another book for the reading list- Elizabeth M. Downing's American Classicist: The Architecture of of Philip Trammel Shutze.

You've probably already read many posts on Shutze. But, did you know that, in part, the crappy economy has provided you with an opportunity to own a Shutze?

First up, the Albert Thornton Home (1938) at 205 West Paces Ferry Road. The house, renovated and expanded, is currently on the market for $5.3 million. Based on tax assessment records and Richard Hyatt's Columbus, William T. Heard III, of Heard Chevrolet, purchased the home for $2.8M in 2007. After Mr. Heard had listed the property for $6.99M last fall, it seems that with the demise of Heard Chevrolet (the company filed Chapter 11 bankruptcy), the bank acquired the property in January 2009. I couldn't find all the details, so if someone knows more, please fill us in. All photos from listing.
This is my all-time favorite. Just look at the picture of the pool with the house lit! Check out the black and white tiled bathroom with the crystal sconces! And the terrace-level kitchen. 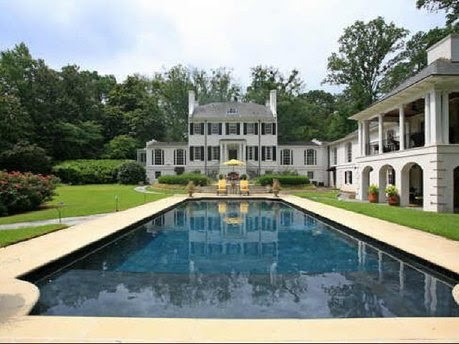 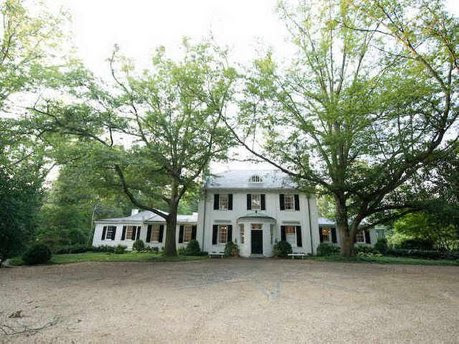 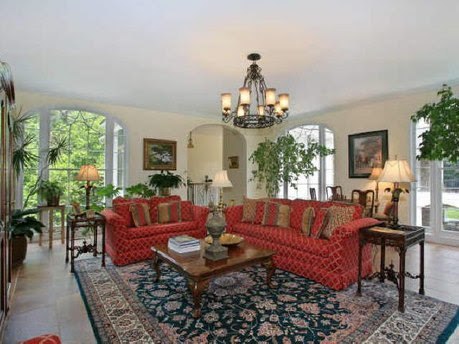 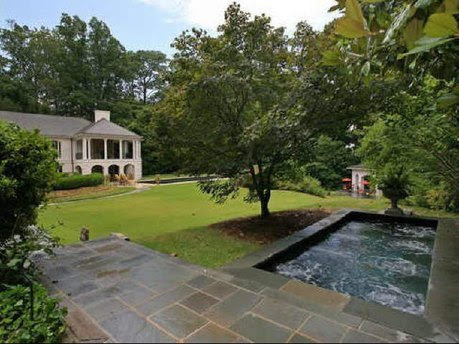 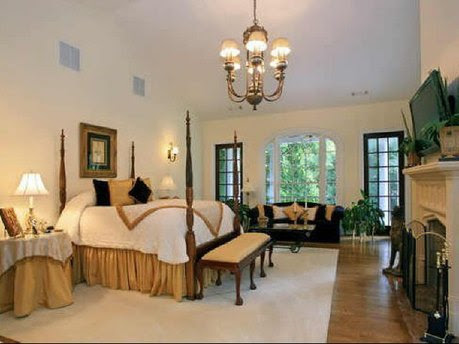 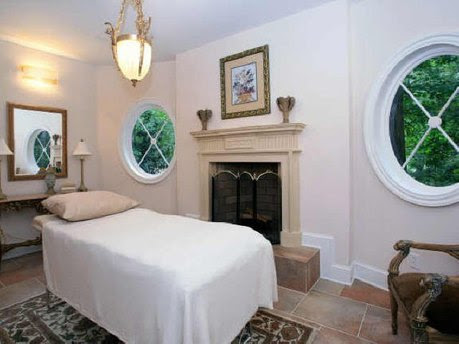 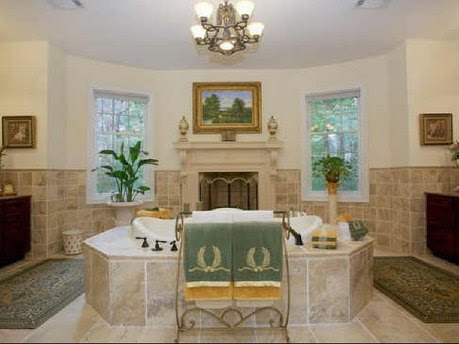 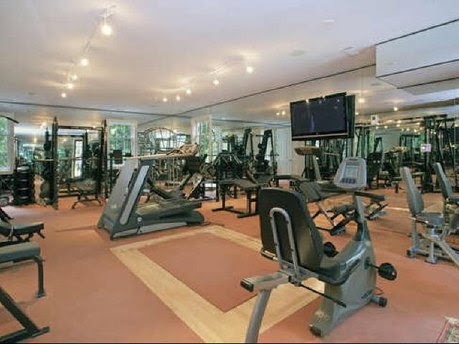 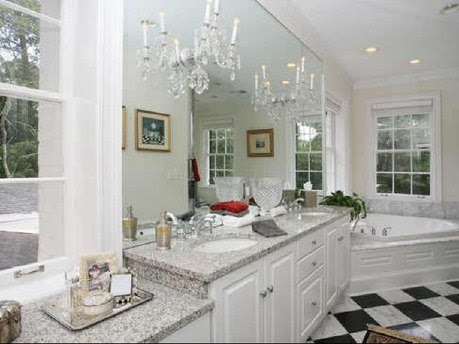 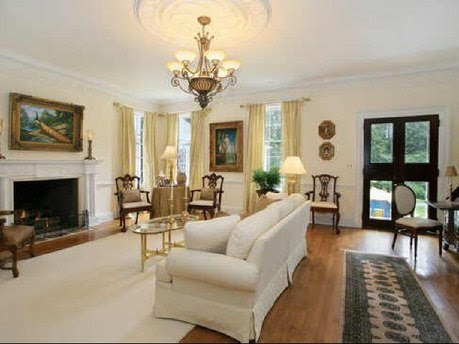 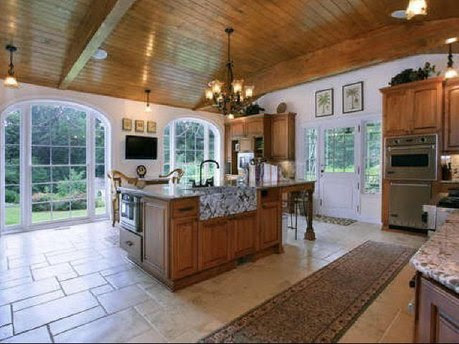 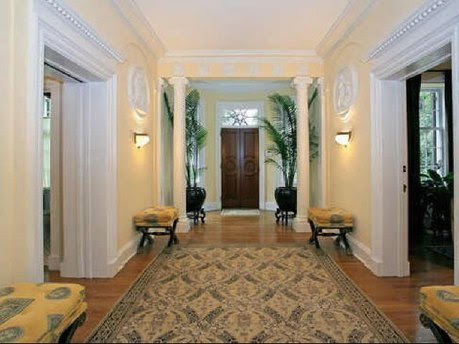 Next up, the the James Goodrum House (1929), 320 West Paces Ferry Road, now the Southern Center for International Studies. I've not yet been able to determine why the house is for sale, so if anyone can enlighten us, I'd love to know! This is the priciest option of the three, listed for $4.995M.
Below are pictures from the home's real estate listing. Please note the backyard, which is far too perfect to be termed just the backyard. I adore the outdoor free-standing portico (right word?) and the iron railings on the porch. Just need to scrap the invasive mimosa trees.

And lastly for today, Knollwood, or the W.H. Kiser House (1929) at 3351 Woodhaven Road. This house is listed for a mere $5.2M. I am especially in love with the tree-lined drive, stairwell, sunroom/porch, and the little pool house, which appears to have a mural painted on it. Admittedly, much of the house is not quite decorated in my taste, but can you imagine if Phoebe Howard got ahold of this? 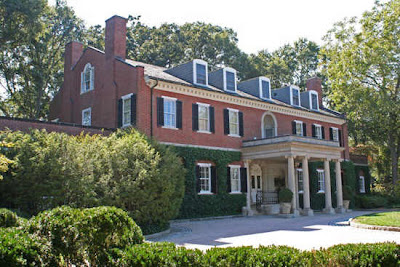 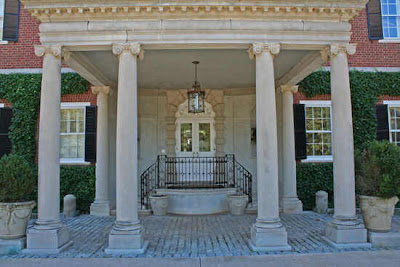 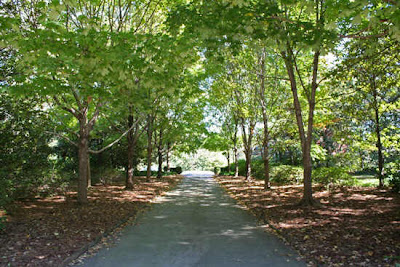 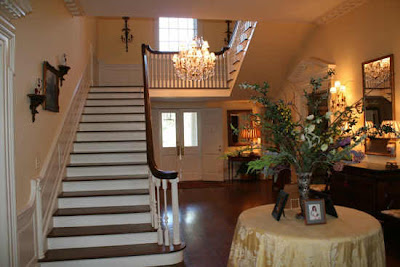 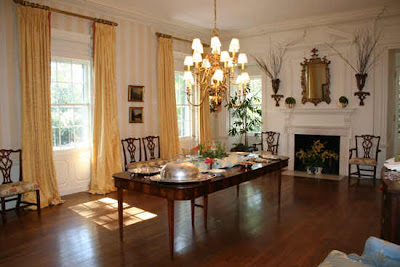 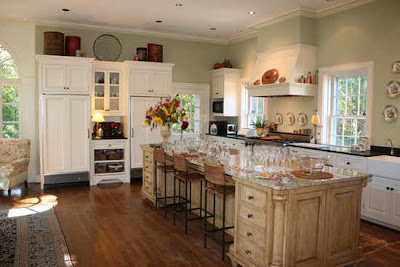 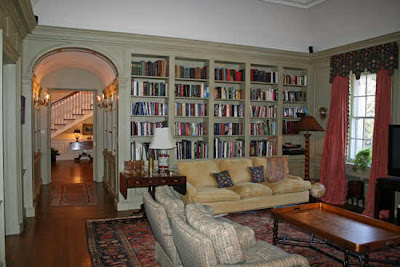 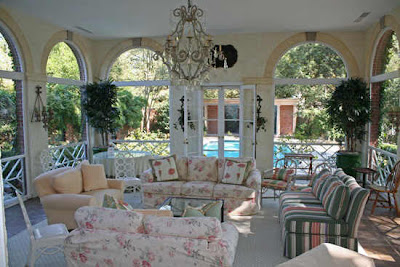 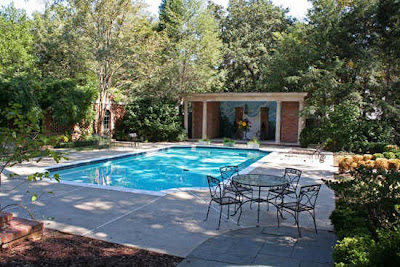 --Emmie
Posted by Southern Aspirations at 7:13 AM